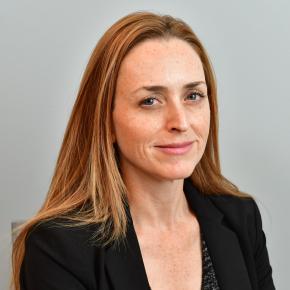 Anat Katz serves as Economic Minister, North America heading the Government of Israel Economic Mission. In this capacity Anat is responsible for promoting Israel-U.S. economic and trade ties, with a strong focus on the promotion of Israeli exports, U.S. investments in Israel and bilateral research and development collaborations.

More recently in Israel, and prior to assuming her current position Anat headed the International Affairs Division of the Israeli parliament, the Knesset, and later returned to the Ministry of Economy and Industry to establish and head the Ministry’s Export Control Agency.

Anat holds an MBA and a Bachelor degree in laws (Honors Program) from the Hebrew University in Jerusalem, and is a certified lawyer in Israel.

Anat is married to Tal and is a mother of two boys.