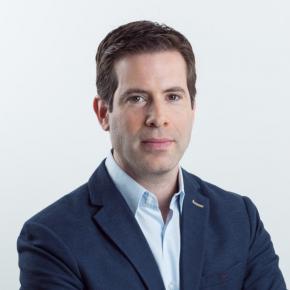 Yuval is a former intelligence chief who brings a wealth of experience across public and private sectors to bear in his role as President of CyberProof. He also leads an innovation hub, UST Innovation Israel, to accelerate customers’ digital transformations. Yuval is accustomed to reading between the lines, always looking out for the small detail that could lead to a big strategic shift. Prior to CyberProof, Yuval served as Vice President for business development at IDB Group, one of Israel’s largest conglomerates. He previously spent a decade working in the Israeli public sector, ending his role as Director General of Intelligence Ministry. During his military service, Yuval served as an officer in the Israeli Defense Forces 8200 unit. He worked as a government official in the Israeli Finance Ministry and became the senior economic adviser to the Finance Minister and Chief of Staff. Yuval is a lawyer who clerked in the Israeli Supreme court, drafting decisions in both constitutional and corporate law. He holds a Masters and Bachelors in Economics and Bachelors in Law from the Hebrew University.