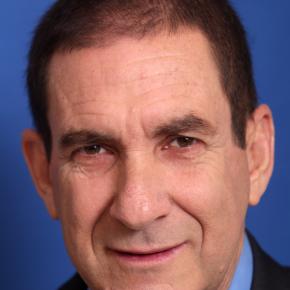 Chairman of The Board, Migdal Insurance Company, Israel

Education Civilian 2006 Master’s degree in Business Administration (Bar-Ilan University - E.M.B.A). 1994 Member of the Bar Association (limited membership under Section 52b of the Bar Association Law due to non-practice, during 1997-2002, and from 2011 onwards). 1991 L.L.B. - Bachelor of Laws (Hebrew University). Military  Company, Battalion, Brigade and Division commander course graduate.  Graduate of the Advanced Systemic Course at the National Security College. Business management experience, civilian 2021 - present Chairman of the Board of Migdal Insurance Company Ltd. 2010 - 2021 Chairman of the board of Directors of Israel Electric Corporation (IEC) The largest critical infrastructure corporation in Israel and the sole vertically integrated electric utility company. IEC generates, transmits, distributes and supplies the majority of the electricity used in Israel. Major challenges and issues directed by me:  Promoting the gas revolution, and implementing the minister's and government's policy for security-based energy independence, as a fundamental component of national security.  Promoting the private production revolution, and transferring about 30% of total production into private hands.  Promoting the Green Revolution.  Leading the company through the most severe financial and operational crisis in its entire history (2012-2013), and leading the market and company out from the crisis.  Leading the company through severe energy crises (weather, fires, and security incidents).  Promoting the strategy of turning IEC into a modern, efficient and competitive company.  Promoting corporate values and norms according to stringent standards of transparency, ethics, corporate culture and corporate governance.  Promoting educational-social-national values, according to broad principles of corporate responsibility.  Leading the negotiation process of the settlement agreement with the Egyptian gas companies (following the explosion of the gas pipeline and the cessation of gas flow from Egypt in 2012).  Leading the process for formulating a strategic plan for IEC, with reference to three timeframes: Short term (until 2026), medium term (until 2030), and long term (until 2040).  Completion of the historic process of introducing the reform in the energy sector and IEC, signing the agreement, amending the law, and leading the implementation process in accordance with its milestones. 2007 - 2013 Member of the Board of Directors of Maccabi Dent (Maccabi Healthcare Services). 2010 - 2013 Member of the Board of Directors of Israel Ports Company (IPC). 2007 - 2010 Chairman of the Board of Directors of Israel Ports Company (IPC). IPC owns all seaport assets in Haifa, Ashdod and Eilat, and is responsible for the development of Israeli ports and the management of the assets. Management, professional and operational experience in the IDF  32 years of service in the IDF (1974 - 2006).  Went through the entire operational command track in the Armored Corps.  Command over an armored division under the Central Command and over the IDF's central training facility in Tze'elim (National Land Training Center). 2000 - 2001 Chief of staff of the IDF Ground forces. 2001 - 2005 Major General, Commander of IDF's Ground forces.  Command over the ground forces during 5 years of intensive fighting against Palestinian terror, guiding the ground force establishment processes, from formulating the conception, strategy and doctrine, to the conclusion of the entire plans for the establishment of the force, and their implementation.  Overall responsibility in terms of the establishment of the force, included: Strategy, conception and doctrine; Structure and organization of all ground forces’ units and headquarters; Technology and equipping; Training and all ground forces’ certifications and schools; Personnel; Budget.  Management and command over all ground forces’ corps: Infantry and Paratroopers, Armored Corps, Engineering Corps, Artillery Corps, Field Intelligence, Logistics and maintenance, C4I Corps.  Overall responsibility for IDF's foreign relations with all global ground armies, included: Strategic dialogue, creating collaborative systems in all components of the force’s foundation, and Promoting joint projects. Volunteer roles  Chairman of the Board of Trustees of the Pre-Military Preparatory Programs (Mechina Kdam-Tzvait) Council.  Member of the Samaria Ariel University Friends Association.  Member of the 2019 and 2020 National Drug Basket Committee.  Chairman of the Defense Minister's Advisory Committee on the Appointment of Galei Zahal Commander, in 2012 and 2017. Languages  Hebrew: Native language | English: Fluent Regards, Major General (res.) Yiftah Ron-Tal