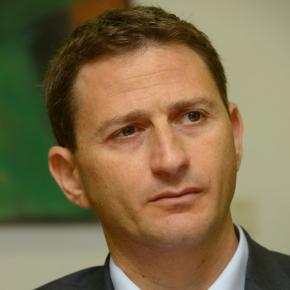 Nir is a senior technology executive with over twenty years of experience in cyber security working in large-scale cyber security capacity building projects in defense in the public sector as well as a VP in the private sector. Nir is the former VP of Bitsight Israel and VP of Strategic Projects at Toka. Nir is also the former head of R&D Division in the Israeli National Cyber Directorate (INCD) for five years since its establishment in 2012. As an executive director, he led the design and implementation of the national CERT-IL, the Government SOC and the Financial Cybersecurity Center, which shaped Israel's national cybersecurity capacities and technology infrastructure. In his previous positions as Lt. Colonel in the elite technology unit at IDF, Nir commanded a Technology Department with 250 technical staff (R&D and system delivery). During 20 years of military career path, he managed large-scale multidisciplinary projects in mission-critical environments. In 2007, Nir received the highest Israel Defense Prize Award for an exceptional technology contribution. Mr. Peleg holds a B.Sc. in Electrical-Computer Engineering from Ben-Gurion University, M.Sc. in Electrical Engineering from Tel-Aviv University, and a master’s degree in Public Administration, MPA from Harvard Kennedy School in Cambridge, Massachusetts.