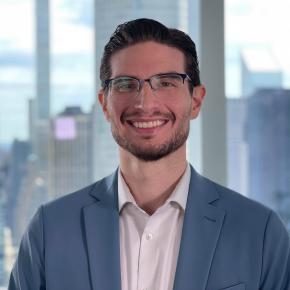 Dean is a world-renowned expert in cybersecurity who was honored with a place on the Forbes 30 Under 30 Israel 2017 list. Before founding Axonius, Dean co-founded Cymmetria, A YC-backed cyber deception company with Fortune 500 customers. He has spoken at major conferences including Blackhat, Defcon, CCC, and more.
He is an alumnus of an elite unit in the Israeli Intelligence Corps, where he served for five years as a team leader and officer. During his service, Dean received commendations and awards for his service. Dean is a graduate of the special "Etgar" program, where he earned his B.Sc in computer science at the age of 19. In 2005, Dean was part of the gold medal team in the international Robotic Olympics in South Korea.