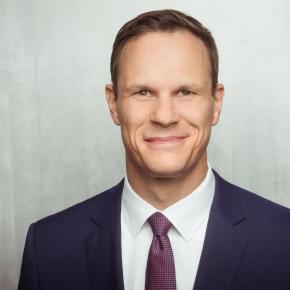 Marco-Alexander Breit was born in Neunkirchen / Saarland in 1981. From 2001 to 2008, he studied political science, sociology and medieval and modern history at Heidelberg University and international political economy at the Catholic University of Louvain, Belgium. From 2008 until 2014 he held various positions in the State Chancellery of Saarland, including head of the office of the Director of the State Chancellery and Minister for the Federation, Culture and Media (2010-2011), and from 2011 was head of the office of Minister-President Annegret Kramp-Karrenbauer. In April 2014 he was appointed personal assistant to the Head of the Federal Chancellery and Federal Minister for Special Tasks, Peter Altmaier, in the Federal Chancellery in Berlin. From April 2018 until March 2021, Mr Breit held various senior positions in the Economic Affairs Ministry in the field of digital policy. Since April 2021, Marco-Alexander Breit has headed the Artificial Intelligence and Digital Technologies Task Force in the Federal Ministry for Economic Affairs and Energy.