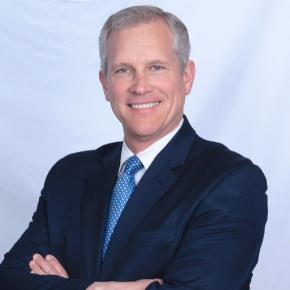 Phil Bond is one of America’s most honored technology policy experts and the President of Potomac International Partners, a full-service consulting firm that was created with the merging of six separate firms.

A former US Undersecretary of Commerce for Technology, his 25-plus year career in Washington has included numerous citations for his leadership roles in the Executive branch, on Capitol Hill, at major high technology companies, and most recently as the CEO of TechAmerica, the largest technology advocacy association in the US.

Since 2013, Bond has been a consultant. He formed Bond & Associates and operated that tech-centric firm in its work with companies such as SAP, eBay, Google, Facebook, PGP, and AnchorFree along with early stage firms such as Bittrex, a Seattle-based cryptocurrency exchange, and SafeKey, an emerging cybersecurity firm based in Virginia.

In 2017, he also co-founded CyberUSA – a coalition of cybersecurity-focused nonprofits from 26 different states.

Since 2017, he also joined the board of directors of Verb Technology, a NASDAQ company based in southern California.

Bond has been accorded numerous accolades during his 30-plus years in Washington, DC, including:

From 2001 to 2005, Bond was Under Secretary of the U.S. Department of Commerce for Technology and, from 2002-2003, served concurrently as Chief of Staff to Commerce Secretary Donald Evans. In his dual role, Bond worked closely with Secretary Evans to increase market access for U.S. goods and services and further advance America’s technological leadership at home and around the world. He oversaw the operations of the National Institute of Standards and Technology (NIST), the Office of Technology Policy, and the National Technical Information Service. During his tenure, the Technology Administration was the pre-eminent portal between the federal government and the U.S. technology industry.

Bond joined the George W. Bush Administration from the private sector, where he served as Director of Federal Public Policy for the Hewlett-Packard Company, and previously as Senior Vice President for Government Affairs and Treasurer of the Information Technology Industry Council.

From 1993 to 1998, Bond served as Chief of Staff to the late Congresswoman Jennifer Dunn (R-WA). He was Principal Deputy Assistant Secretary of Defense for Legislative Affairs from 1992 to 1993. Earlier, Bond was Chief of Staff and Rules Committee Associate for Congressman Bob McEwen (R-OH) from 1990 to 1992. From 1987 to 1990, he served as Special Assistant to the Secretary of Defense for Legislative Affairs.

He is a graduate of Linfield University in Oregon, where he now serves as a member of the board of trustees. He also is a board member of the National Center for Women in Information Technology and Young Life of the Capital Region.

Bond and his wife, Diane, reside in Fairfax Station, Virginia.