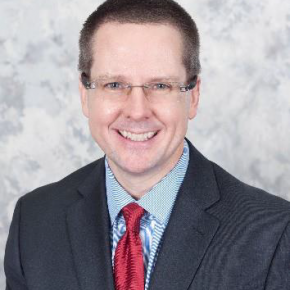 Kenn Kern is the Chief Information Officer and the Special Assistant for International Relations at the New York County District Attorney’s Office. Kenn joined the Office in 2004 and initially served in the Trial Division before transferring to the Major Economic Crimes Bureau in 2009. There, he coprosecuted Lawrence Salander and Leigh Morse, an art gallery owner and director, respectively, for their decade-long, $120 million Ponzi scheme involving the consigned artwork of thirty victims. Salander and Morse were both convicted, by plea and trial, respectively, and the case is regarded as the one of the largest art fraud schemes in the State’s history. In 2010, Kenn was appointed Deputy Chief of the Cybercrime and Identity Theft Bureau, prosecuting and supervising a wide variety of complex financial, identity theft, and cyber frauds. In 2012, Kenn was part of a team that prosecuted an individual for stalking and extorting a high-profile public figure as well as committing housing fraud. Following a 2015 jury trial, the defendant was convicted of all nine fraud charges against her. In his current role as Chief Information Officer, Kenn serves point person in assessing technological needs, developing and maintaining the Office’s technological environment, managing network and application servers, coordinating our cybersecurity framework and protocols, and partnering with state, national, and international entities on technology and cybersecurity matters. Further, Kenn is the Office liaison to multiple international law enforcement agencies and cybersecurity organizations, including the City of London Police, the Paris Parquet du Tribual de Grande Instance, the Singapore Attorney General’s Chambers, Europol, FS-ISAC, the Financial Services Sector Coordinating Council, and the Center for Internet Security.