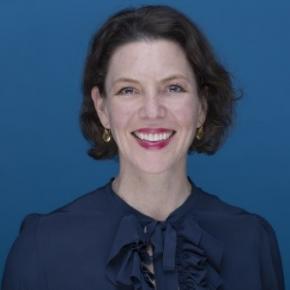 Rachel Loeb is President and CEO of New York City Economic Development Corporation, where she oversees NYCEDC’s portfolio of projects focused on life sciences, tech, cybersecurity, land use, investments in infrastructure, and innovation. Prior to her appointment as President in 2021, Rachel served as Acting President, and Chief Operating Officer since 2018, overseeing and directing NYCEDC’s strategic priorities for real estate, asset management, and neighborhood planning. Highlights of her work to date include negotiating with Steiner Studios to develop a new film and television production hub at the Made in New York campus in Sunset Park, Brooklyn, which will support 2,200 jobs and fund local workforce development to diversify the film and television industry; and advancing plans to activate the South Brooklyn Marine Terminal as a staging, installation, and maintenance site for the growing offshore wind industry.

Rachel also has been instrumental in supporting NYCEDC’s work to respond to the COVID-19 pandemic and plan for the city’s economic recovery.

Prior to joining NYCEDC, Rachel was a senior executive member of World Wide Group, overseeing all aspects and phases of the development process. Before joining WWG, Rachel was a Senior Director of Development for AvalonBay, where she was responsible for the development of over 1,400 apartments. Rachel began her career in Ho Chi Minh City, Vietnam, where she worked on the Saigon South development, an 8,000-acre new town community.

Rachel is a graduate of Northwestern University and the Massachusetts Institute of Technology, where she earned a master's in city planning. She lives in Brooklyn with her husband and two sons.